The Watsons Go To Birmingham

Posted on September 18, 2013 | Comments Off on The Watsons Go To Birmingham 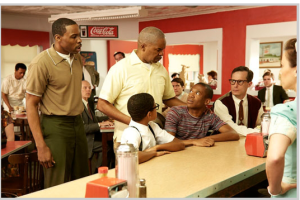 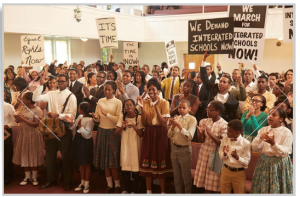 The Watsons Go to Birmingham is coming to television.  The adaptation of the historical-fictional novel written by Christopher Paul Curtis (1995) will premiere on the Hallmark Channel Friday, September 20th at 7pm(EST). Many children and parents are familiar with the award-winning novel written by Curtis; it was his first novel and it earned him the Newbery Honor, the Coretta Scott King Award, and the Golden Kite Award. This long awaited film stars Anika Noni Rose, David Alan Grier, LaTanya Richardson and Wood Harris. It was directed by Kenny Leon and produced by Tonya Lewis Lee; wife of film director Spike Lee.

The story is about an African-American family in the summer of 1963 living in the town of Flint, Michigan. When  one of the children begins to get into trouble, the parents decide he would benefit by spending time with his very strict grandmother in Birmingham, Alabama. The entire family takes the trip together and during the visit, tragic events take place that affect not only the Watson family, but American families all over the U.S.

The story integrates the 1963 tragedy of the 16th Street Baptist Church bombing that killed four young African-American girls. This year, September 15th marked the 50th anniversary of the bombing which became a major turning point in Civil-Rights Movement.

The Watsons Go to Birmingham  D.C. premier  was last night at the Newseum. Hallmark Channel President and CEO Bill Abbott had this to say: “This very special film represents the very best of what Hallmark Channel is about: quality, family friendly entertainment, compelling stories with life-affirming messages, and the collaboration of an incredibly talented group of individuals.”

I highly recommend seeing this movie with family and friends. The movie like the book will open the doorway for family discussions about a  very difficult chapter in American history.