Posted on April 10, 2015 | Comments Off on The 12th Annual Smithsonian Photo Contest Winners

I always enjoy seeing the images from yearly Smithsonian photography competition. These are just as awesome as ever.

Smithsonian has just announced the winners of their 12th Annual Photo Contest. The winners were selected from over 26,500 entries by photographers from 93 different countries.

Pham Ty was awarded the grand prize for his photo of seamstresses sewing a fishing net in a small Vietnamese village. Six category winners were also selected along with two Readers’ Choice winners, who were the top vote getters from over 10,000 votes received.

For the complete list of finalists and winners, visit Smithsonian.com where you can also enter next year’s contest. 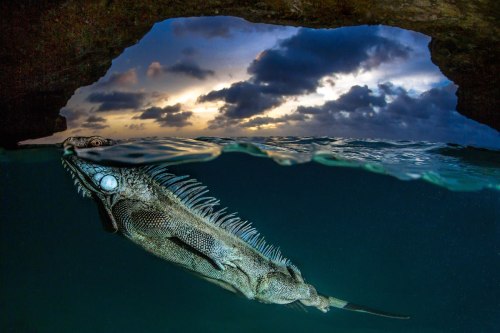 A green iguana surfaces for air. “I had decided to take…

This entry was posted in Artist Profiles, Photography. Bookmark the permalink.